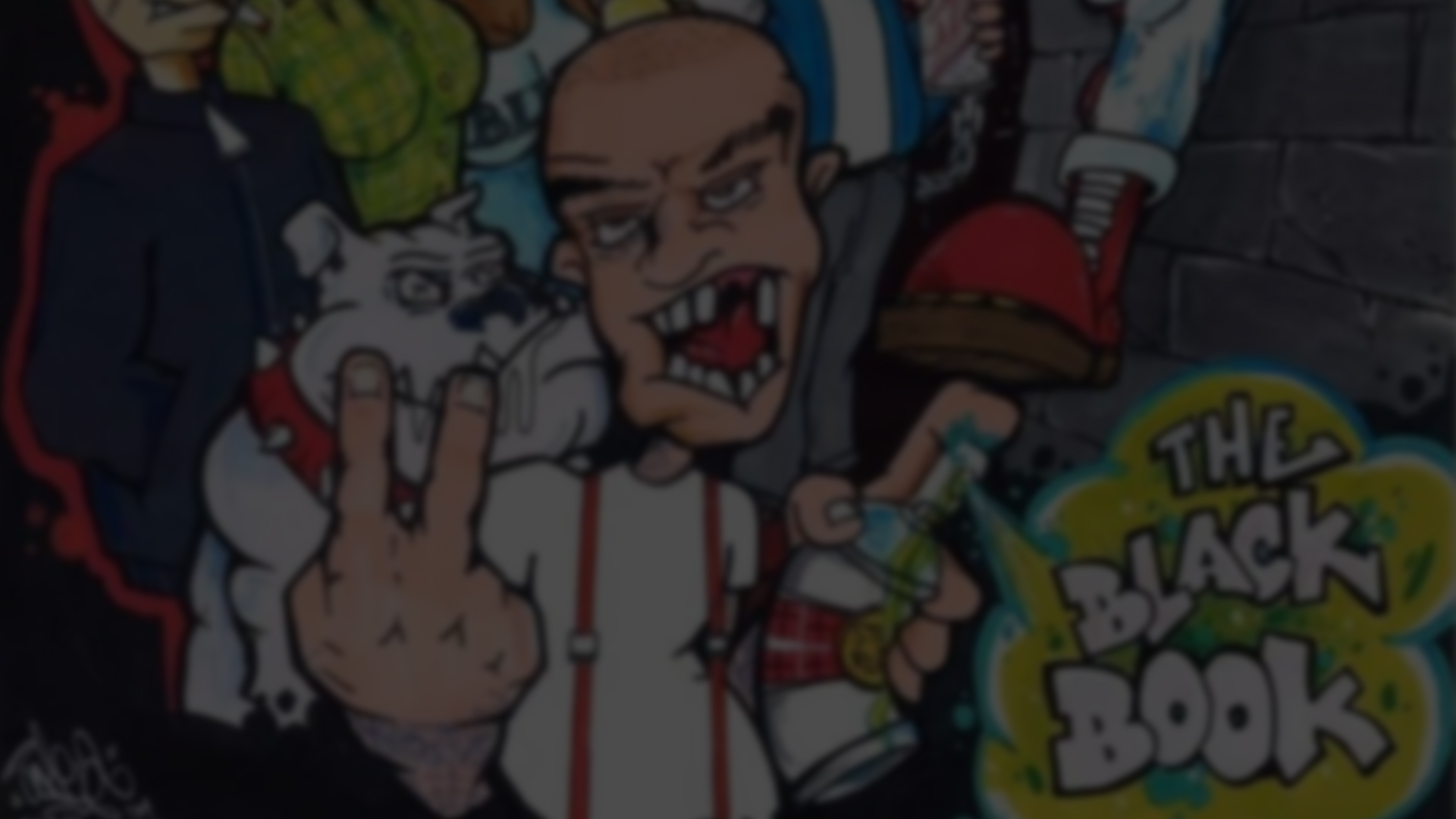 Finally the 4th and final issue of Freddy Alva’s Blackbook Fanzines series was released this friday. This time the focus is on the Oi! subculture, featuring graffiti writers and visual artists like MQ, Jim Martin, STAK, Liz Romano, EZEC, KEN ONE, Mackie Blitz, Mick Lambrou me and others doing tributes to their favorite bands.

“Oi! THE BLACK BOOK“ also contains an interview with Iron Cross singer Sab Grey, SHARP history, top ten lists from Phil Templar, Roddy Moreno from The Oppressed and Creases Like Knives webzine. The first 200 copies contained a 3 song flexi by The Chisel from the UK and were sold out in under one hour! AWESOME!
BUT … a second run without the flexi will drop soon. So watch out!

Thanks again to Freddy for the oppuortunity to represent myself with THE BRUISERS!
Take care, be blessed an always remember:

“No fear good friends – Brothers till the end!” 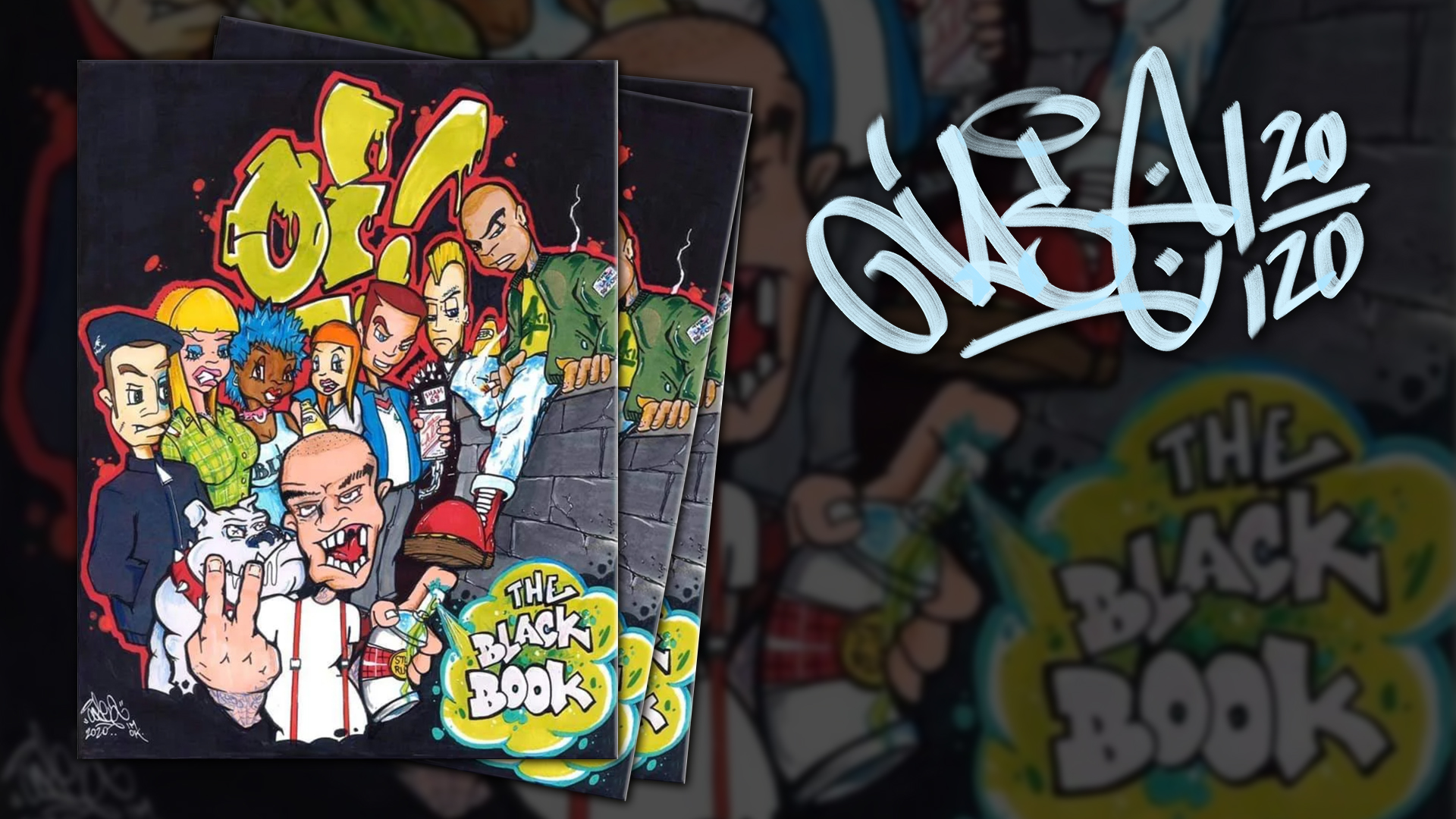 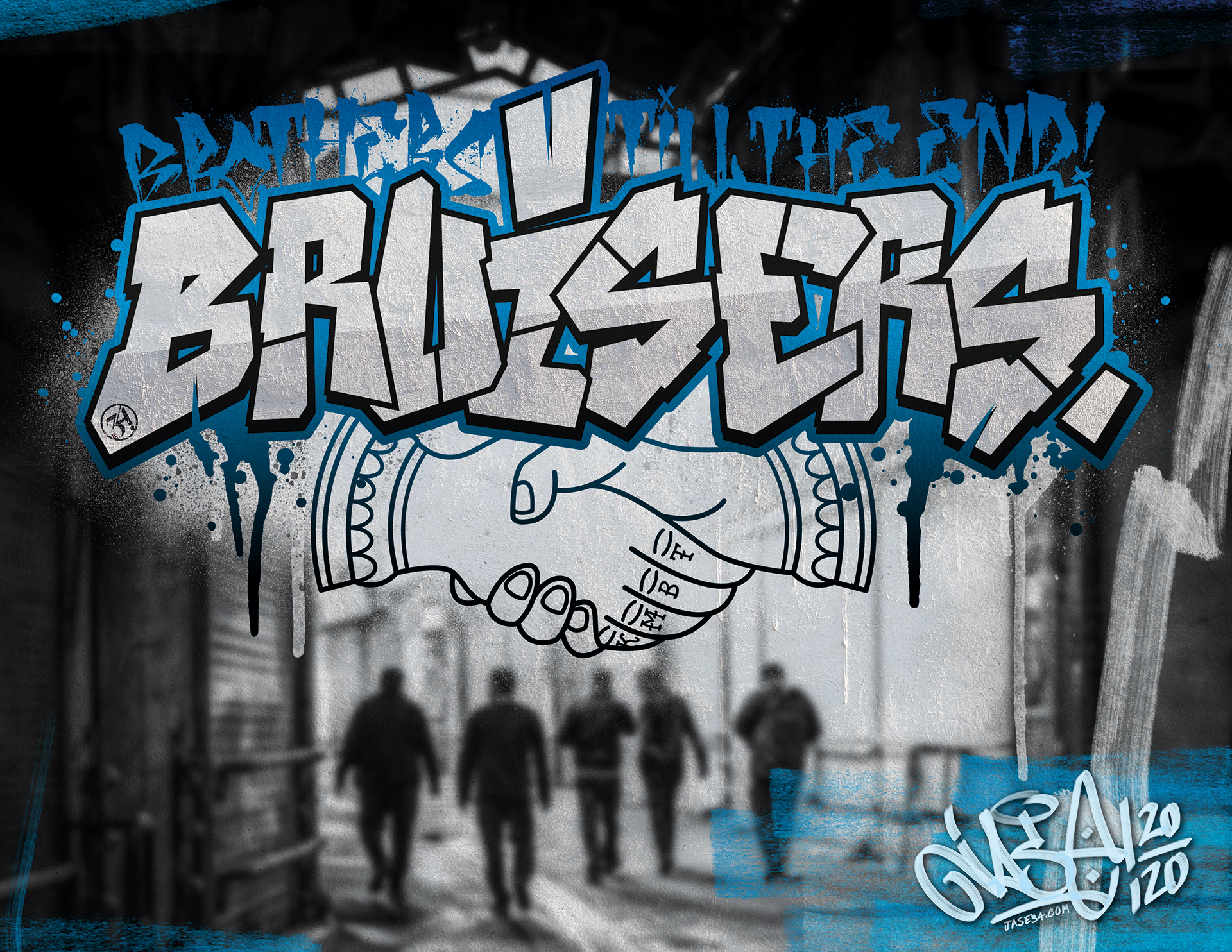